Menu
The Shape of Water 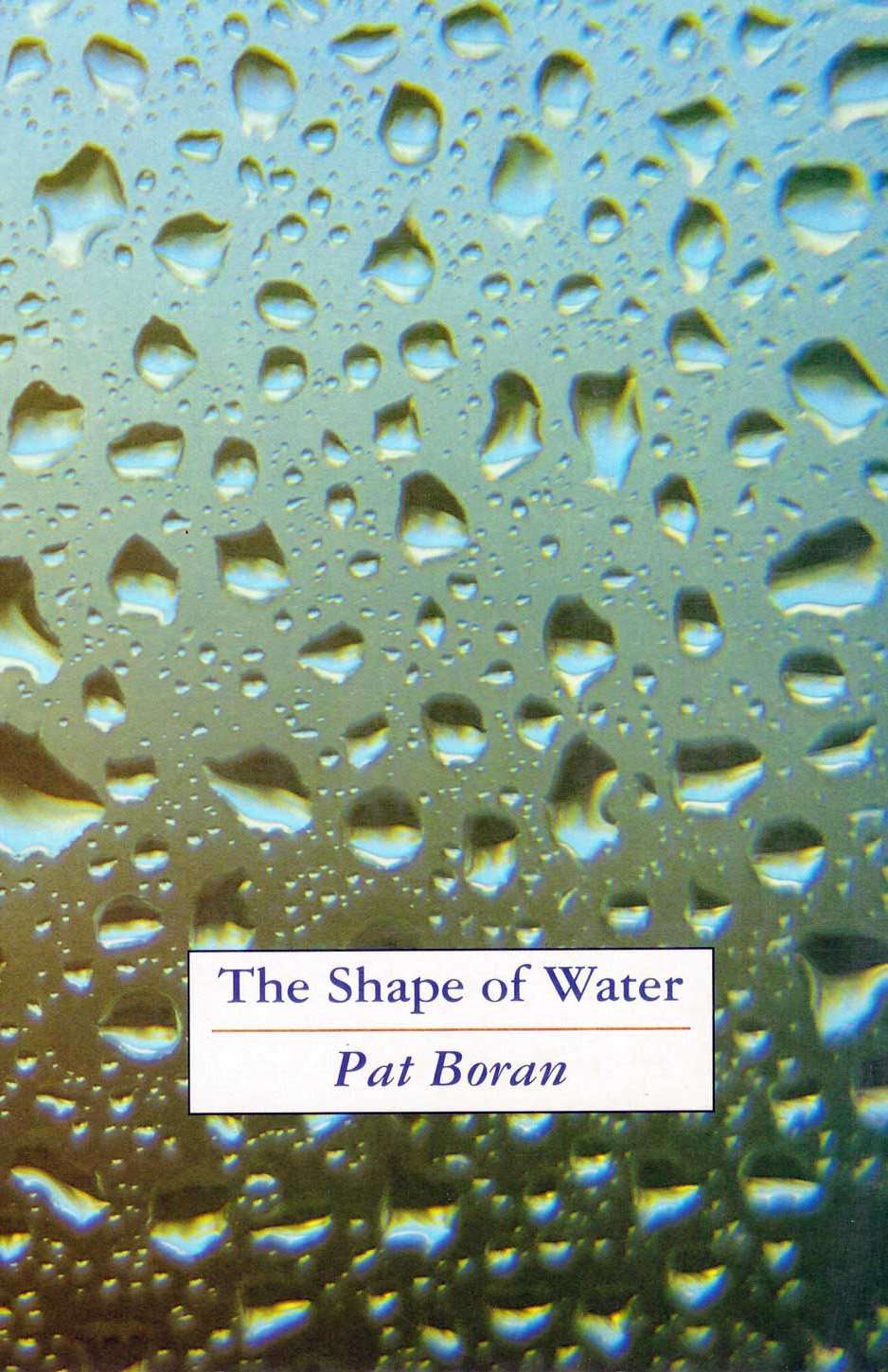 … Another milestone alone the way in the development of Pat Boran as one of our most exciting and rewarding contemporary Irish poets.

The Shape of Water is Pat Boran’s third full-length collection of poetry, the poems exploring what The Irish Times called “a cosmos subtly different from the one revealed in his previous work”. Drawn to the spaces and places where science and philosophy meet, the poems here balance a practical interest in and affection for the everyday with an intense desire to see though to the mystery of existence itself. In the words of Eamonn Wall, writing in The Irish Literary Supplement: “The surfaces of Boran’s poems are always welcoming and elegant while, at the same time, serving to deliver his reader to the more complex and resonant deeper cores.” The book is dedicated to the poet Michael Hartnett.

A Reason for Walking

Words when I think,
thoughts when I word.
Hours with this thought only:
Only words,
not what I feel.

The streets offer
not promise, but escape.
Harmony Row, Misery Hill.
Any named place
better than this.

Back home, the summer sheets
an open book, but blank.
But then the light impression
of our bodies, curled up:
the hieroglyph for love.

For My Goldfish, Valentine

Such enormous sadness
in such a tiny world.
And, looking down at you
in the water clouded
by your flaking scales,
I wonder if my impulse
to take you home
last Valentine’s Day
(following a goldfish dream)
was not just the desire
to share my tenancy
of these dusk-facing rooms
under winter’s hold.

That dream of gold.

You can imagine how it took me
back into my own smaller body
and bigger, child’s imagination
when I found you too incarnate
in an earlier form.
As the lama recognises
his master in a child,
entering the pet shop
I knew you then at once—
the golden fish who swam
in the lens of my parents’ house,
in the lens of my childhood,
before floating up one day
to leave that world as I
too left that world, as you
soon again must leave.
Today in the meantime
you look out at me
with the same bewildered eyes,
mouthing the same mute syllable,
the eternal Om that says
nothing changes.

Lead becomes gold and gold lead.
A child will be god when god is dead.

Soon I will recognise your replacement.

It’s a minute to, a minute past,
but always the night of the sky,
the waxing or waning or full moon
here on Moon Street,

where every key fits every lock,
every heart is open or broken,
and posters of missing household pets
turn the railway station into a gallery

of loss. What’s there to lose?
Come on, there’s a party tonight.
Music waits to be released.
The windows are large enough to view

whole sweeps of sky, whole dusty
constellations too long swept aside.
Birds are singing when you arrive,
dancing, or exhausted, in Moon Street.

In Moon Street when you meet she cries,
not on seeing you, but on not seeing
herself, as if a cloud had passed over
some taken-for-granted sphere, leaving

an inexplicable absence in the cosmos,
a strange wavering of otherwise perfect orbits.
But always you can feel that pull,
like the sensation of crossing someone’s grave.
Moon Street. Could have called it
Ex-Girlfriend Street, but didn’t.
Who could live there were there not
at least some small respite from ghostly visits?

To give oneself completely
isn’t wise. But wisdom isn’t in it.
More footsteps have taken you to Moon Street
than dreams have shown you moons,

because you get there not by dreaming
but by walking in the wind or cold, or calm,
sometimes having washed, more often than not
ragged, worn and tired. You never realise

where you are going until you get there,
where nothing is planned, nothing is known,
and you’re drawn back into the heart’s old orbits,
tiny as a grain, massive as a moon.