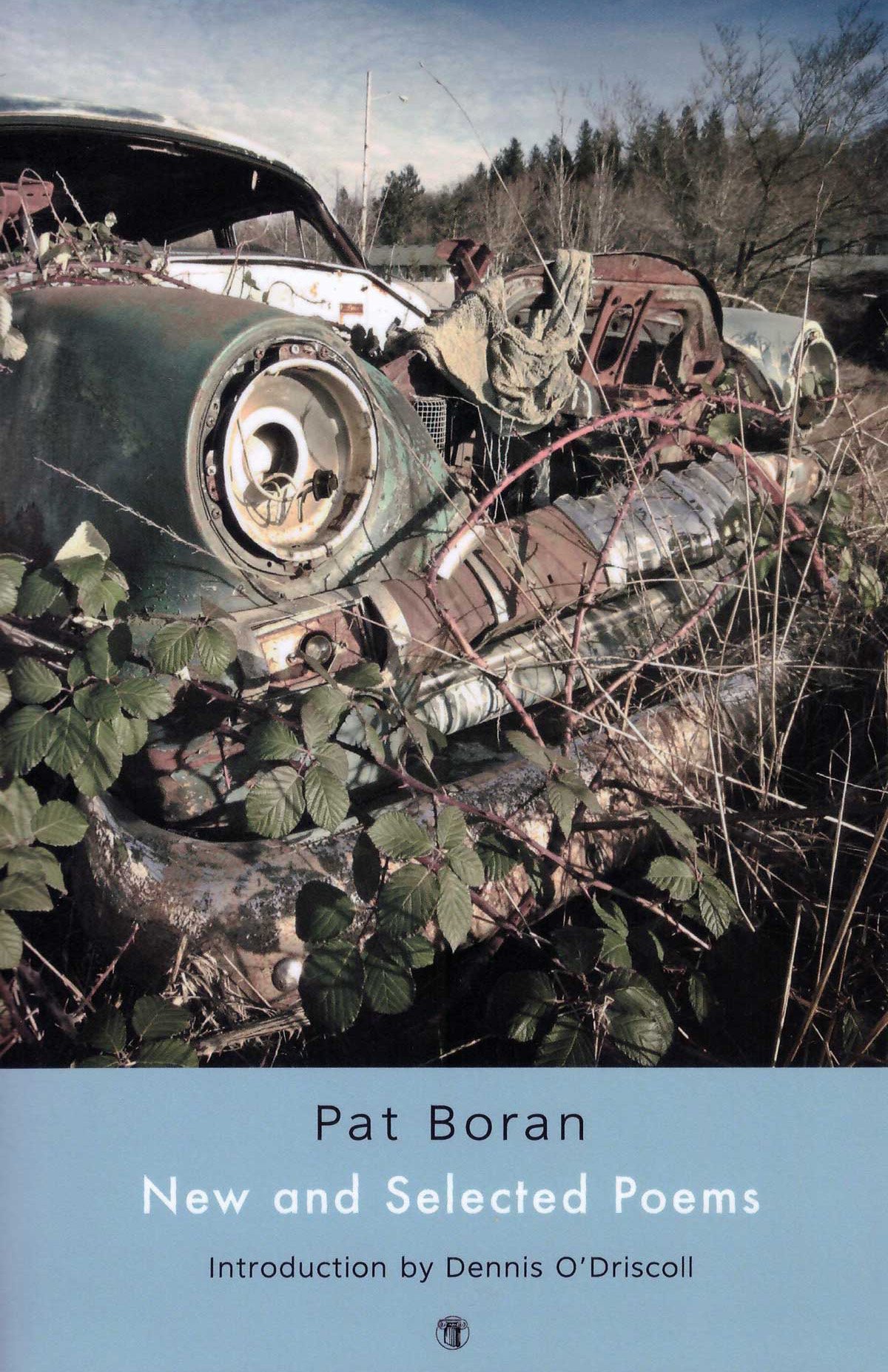 … A kind of lateral visionary; his poems are never only about what they seem to be about.

With an Introduction by the late Dennis O’Driscoll, New and Selected Poems presents the author’s own selection of poems from his first four collections, The Unwound Clock (1990), Familiar Things (1993), The Shape of Water (1996) and As the Hand, the Glove (2001), as well as a number of poems from a rare chapbook, History and Promise (1990).

“Pat Boran’s poems make magic out of found things, and his metaphors light the dark like Roman candles. He is a master of his language; beyond that, he makes poetry matter to me again.” —Gerard Donovan

A man is only as good
as what he says to a dog
when he has to get up out of bed
in the middle of a wintry night
because some damned dog has been barking;

raised in expectation
and an expression that says Thank God
for a minute there I thought
there was no one awake but me
in this goddamned town.

Sometimes now I see my father
up in Heaven, wandering around
that strange place where he gathers up
what other souls no longer want,
as all his life he gathered
unloved things.

As if on a screen I see
his big frame bend, his bony hands
reach down for a rusted pin,
a nail, a coin from some lost kingdom.
One day it will be the very thing
someone will need.

And when the tears become too much
and this damned bed might be a field,
I sit up wondering how the hell
the world can always find more fools
to lose things and be lost themselves
and carry on.

Then something in my heart gives in,
and I know, as if I’d always known
deep down, that all that trash, that old
Christmas wrapping, those balls of string,
the belts, belt buckles, the left-hand gloves,
the dozens of pairs of worn-out shoes
and toeless socks, the blown light bulbs,
the coils of wire and threadbare screws,
the broken clocks, the plastic bags

folded neatly, the leaking pens
and dried-up markers, the ink-stained rags
and blotting paper, the bashed-in tins
of washers, plasters, needles and lint
were never his at all, were meant
for me.

Intense as a character in a fairytale
a small girl skips in the street
outside our house. For most of the morning
she has been there, skipping and singing to herself,
now with a friend, now with a gang of friends,
at last on her own. Each time the rope comes round
she lifts herself up out of her shadow
with just a flick of her toes,
and whether friends return to chant
some muddled rhyme no small girl
ever really understands or worries about,
or whether the ice-cream van
trawls by, slows down, tinkling with promise,
on she goes, skipping and leaving the world
over and over, loving
the weight of herself, the weightlessness,
the swoosh of the rope.

Maurice has lost his virginity
in a tent, or so he claims, out beyond
the new hotel with a foreign girl
who happened to be hitching through.

When the jeering has at last died down,
most of us grin, kick at the earth
or stare into the middle distance, shy
of being the first to give himself away.

That evening, like tourists on a trail
to some historic battleground, we troop
all the way out, the full mile or more
to the now famous field where the girl is

long since gone, though yes there does appear
to be a faint impression in the grass:
rectangular, for all the world like a door
and big enough for a man to pass through.