Menu
As the Hand, the Glove 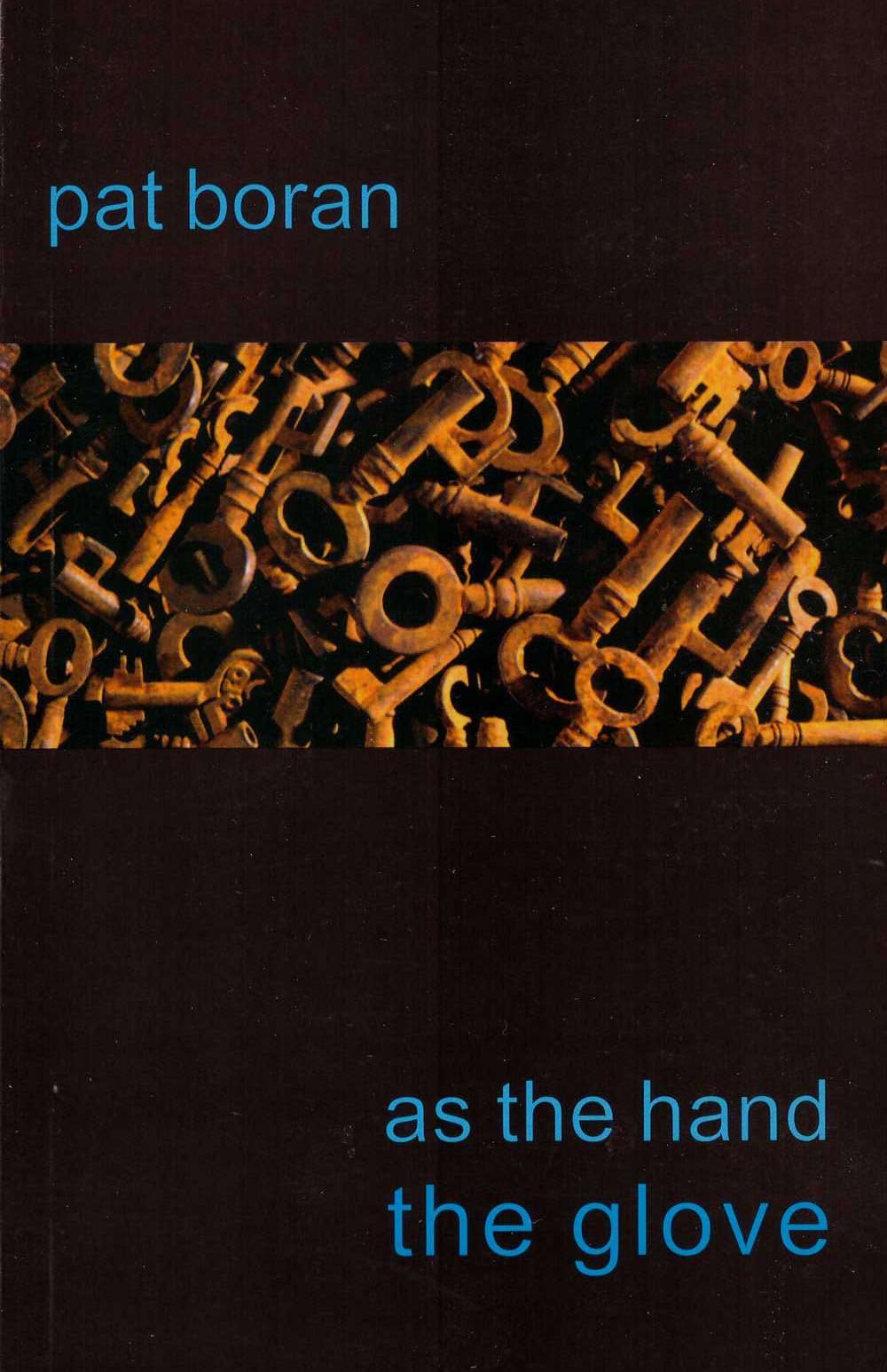 His range widens here, he takes in a whole life, and in the whole knit edifice drops barely a stitch.

Pat Boran’s fourth collection of poems, with a more distinctly urban feel than his previous books, records the death of the poet’s father and views the worlds of now and then, before and after, through a sequence of window- and door-frames, the very products at the heart of his father’s joinery agency. As the Hand, the Glove contains some of Boran’s most moving and emotionally engaging poems of love and loss — among them Flesh, Lost and Found, and Tears — while it also contains poems that conjure, and celebrate, the range of lives lived at the heart of a sometimes hostile city, under the scrutiny of cameras and despite the casual harassments of our age. (Other poems include The Washing of Feet, Machines, The Engine, Driving into History, Still Life with Carrots, No Man’s Land, Milkmen, First Lesson in Alchemy and Tracks.)

The spirit, despite bad press,
loves the flesh.

It enjoys nothing more
than body odour,

the warmth of a crotch
or the electric touch

of lips. Those dark religions
that have banned the nether regions

to the netherworld, to hell,
can cast all the spells

they like, can single out for blame
those who refuse to feel shame

about their bodies — children, the old,
the savage inhabitants of the Third World,

about sanctity and sin
and the vessels the soul is to be found in.

I say it again: the spirit loves
the flesh, as the hand the glove.

And if you doubt me, ask my dying father
which he would rather:

to be done at last with love and pain,
or to leave, but then come back to flesh again.