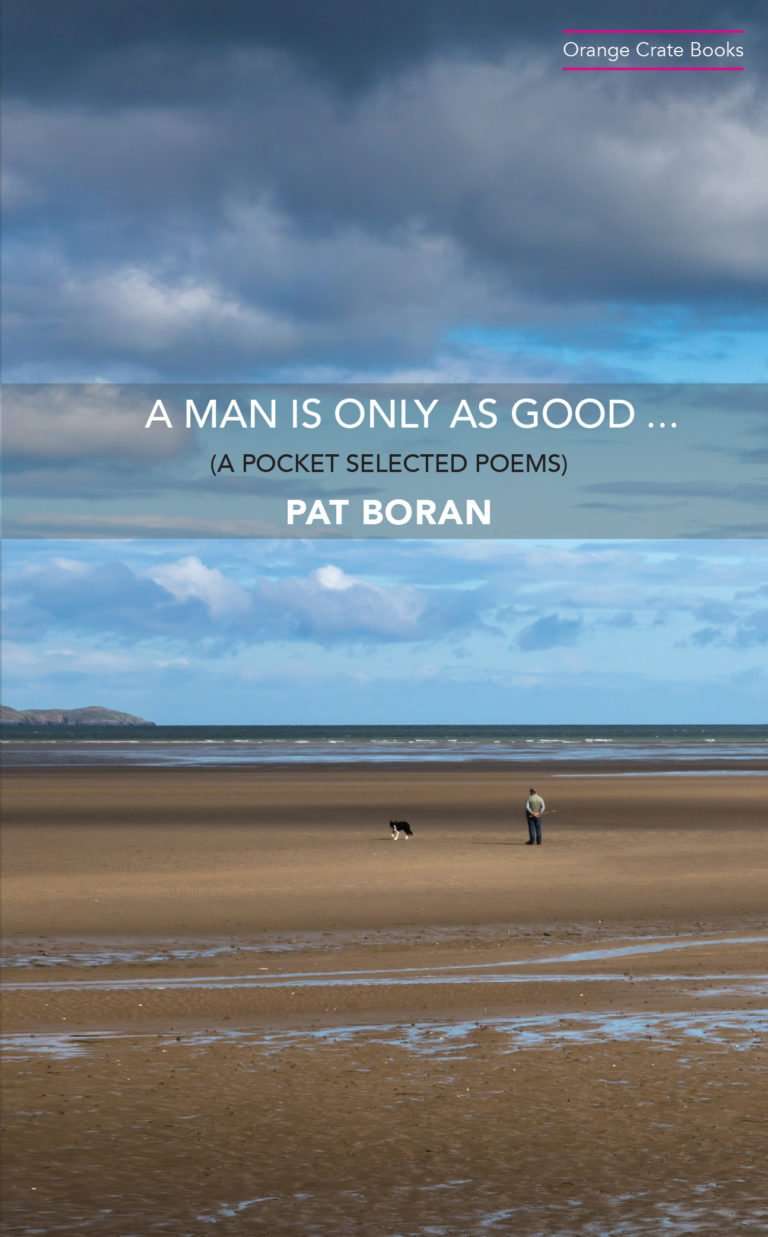 Described as “a writer of great tenderness and lyricism” (Agenda, UK), Boran makes heartfelt, deceptively simple poems that are at once “local and international, personal and scientific, full of wisdom and wry humor” (Irish Literary Supplement, USA).

A man is only as good
as what he says to a dog
when he has to get up out of bed
in the middle of a wintry night
because some damned dog has been barking;

raised in expectation
and an expression that says: Thank God
for a minute there I thought
there was no one awake but me
in this goddamned town.

‘A Man Is Only As Good’ is published by Orange Crate Books and distributed by Dedalus Press. Also available on Amazon Kindle.